The writing of the studies was considered to be revolutionary for Chopin’s time and remains today a reference in the understanding of piano playing. The studies are not only highly virtuosic, but incredibly expressive and beautiful. Chopin’s eloquent poetry presents a wide range of characters, from tenderness, fragility and charm to rage, passion, sadness and joy. For these reasons, they cannot be considered as simple exercises; they are masterpieces. It’s very interesting to hear the evolution of the writing of Chopin from one study to the next. Even though Chopin did not intend them to be played as a whole the way he intended for his preludes, for example, he organized the studies in a logical and contrasting way that goes far beyond both the expressive and technical limits of the piano writing of his time. 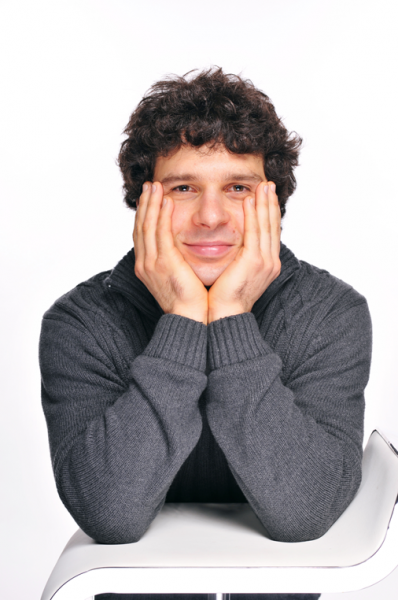 Since Antoine Joubert finished his doctorate with pianist Dang Thai Son at the University of Montreal in 2011 after fast-tracking through the Masters degree, he performed abroad Canada in more than 70 cities and in several European countries. He has also been a finalist and received several first prizes in national and international competitions. In November of 2013 he won the 1st prize and the Superstar prize for all categories at the BC Piano Talent Superstar Competition. More recently, as a collaborative pianist, he went to the finals of the International Competition of Canari in Corse (France) with the mezzo-soprano Kristin Hoff. He also won the first prizes of the national competitions CCC Music Festival of Toronto (2012) and the first prizes with gold medal at the Festival du Royaume (2011). In 2012 he played in the grand final of the international competition Open Piano Competition that was held in London, UK and finished 4th over 250 contestants. He received other prizes such as the prize Claire- Charbonneau-Clerk at the Prix d’Europe (2009) and a second prize for his composition Scordatura for solo cello at the Competition of Young Composers of SOCAN (2005). Antoine Joubert is now teaching in Montreal in the school Vincent-d’Indy as well as in the school Ferdinand-Lindsay in Joliette. He recently gave a masterclass to students of the MacMaster University in Hamilton. His first professional studio solo recording will soon be available.